As I’m writing this, the sound of  a meadowlark is outside my window.

This is one of the triggers of grief for me.  The clear notes of a meadowlark was the first to break the silence of my mornings for several days after losing my son. I wasn’t conscious of this until some time later. I began to make the association as I was strangely hurled back into the numbness of those weeks.

The meadowlark’s song used to be pretty.

But now it sounds forlorn.

I want to close the window. But such things cannot be shut out. They must be endured.

All who grieve will have triggers such as this. Sights, sounds, smells, and tastes.

We learn to live with it, recognizing it is now a part of our life.

Grief doesn’t own me now. I own it.

Peace I leave with you; my peace I give you.

I do not give to you as the world gives. Do not let your hearts be troubled and do not be afraid.

Nurturing comes in many ways. 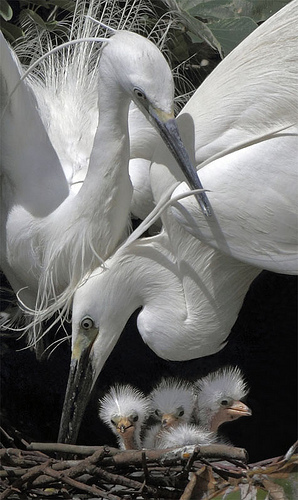 Even if you weren’t nurtured the way you needed by the people you needed it from … someone nurtured you along the way.

And then there is sunlight, water, and having your feet planted.

Then there are the times when you do the nurturing, and you feel nurtured yourself.

Look around. There are many ways to nurture and be nurtured. Sometimes we get stuck in how we think about things. That’s because we feel the emptiness and it hurts.

Give and it shall be given.

I visited the World Trade Center Memorial this past weekend. After the attack on 9-11, a severely damaged tree was found under the rubble. 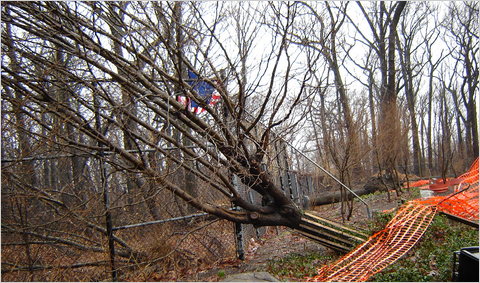 Against all odds, it survived.

Replanted to another location, it was nurtured to health, and brought back to the World Trade Center Memorial.

It is known as the survival tree.

On Saturday, new buds of hope and healing. 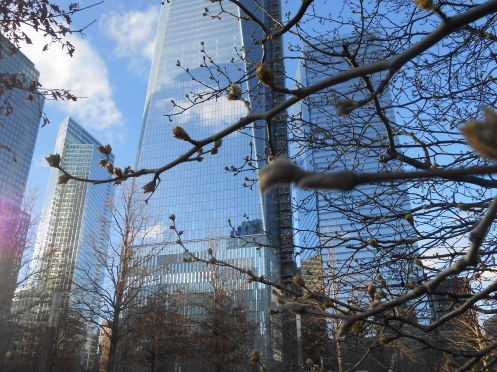 If a tree can survive, can’t you?

Today, not a scripture, but a quote worth reading.

It is not the critic who counts; not the man who points out how the strong man stumbles, or where the doer of deeds could have done them better.  The credit belongs to the man who is actually in the arena, whose face is marred by dust and sweat and blood; who strives valiantly; who errs, who comes short again and again, because there is no effort without error and shortcoming; but who does actually strive to do the deeds; who knows great enthusiasms, the great devotions; who spends himself in a worthy cause; who at the best knows in the end the triumph of high achievement, and who at the worst, if he fails, at least fails while daring greatly, so that his place shall never be with those cold and timid souls who neither know victory nor defeat.

I planted several of these tiny seeds. 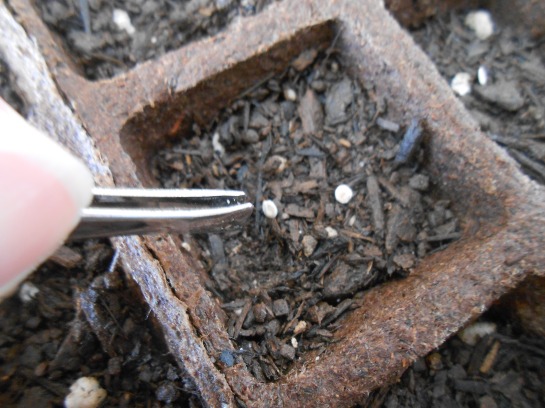 I covered them with soil.

I put them in a warm place.

I can’t make the seed grow. But I do my part.

In time, the seeds grow into plants.

And in about 120 days, these tiny seeds will produce.

In comparison to the Universe, you are as small as a seed.

You have something to produce.

You know what?  It just means you showed up.

It’s not all up to you. Do your part.