And even if you think about being thankful, the fact is you don’t want to be.

Abraham Lincoln gave a proclamation to the American people during the Civil War.  Despite a time of severe sorrow and loss, he led the country in establishing our national holiday on the last Thursday of November, and called it Thanksgiving.

What? How can this be?

This wasn’t a war fought in a foreign country. It was right under the noses of the American people. The battlefields could not be ignored. They were stained with human flesh and blood from the slaughtered sons and fathers who never came home. Surely, our nation’s cries of angst echoed in the heavens up to God’s ears. And it took someone such as President Lincoln, who spent many private moments grappling in his own personal darkness, to lead the nation to do the right thing. The thing that makes no sense. But the thing that would bring relief, comfort, and peace for an aching heart.

Being thankful won’t make the pain go away. But it will help you through it.

Abraham Lincoln must have known that. 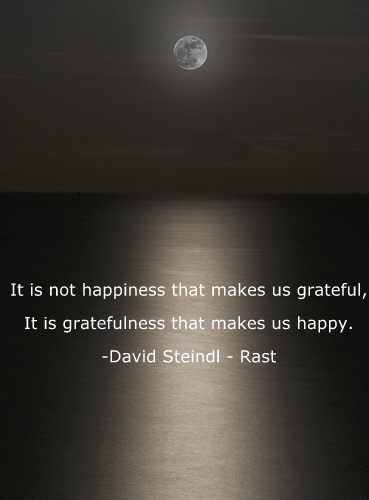 Some people have been hurt in church. It’s the last place you’d expect it.

Some people have remarked with a quip: “There’s no perfect church!”

It is true that people are not perfect.

It is not true that people are not perfect

If you’ve been hurt in a church, you may have turned away from God.

Don’t. You will feel worse.

The people in a church should have

and a love not seen anywhere else.

Give to others out of your pain. It’s like giving yourself what you were not given.

And watch what happens.

I leaned back in the wicker rocking chair – a favorite – the one with the brown and aqua quilt.

Linger. I want to linger here for as long as possible. The warm, scattered sunshine is soothing. Can I stay?

My eyes teared slightly at the leafless branches contrasting against royal blue  – recalling a childhood memory of loving the sky.

The smells of autumn were unmistakable. The clean smell of Macintosh apples in a nearby bushel, the carpet of golden maple leaves soaking in the warm sun, and the damp earth preparing a resting place for frost-bitten hostas, salvia, and phlox.

And then one leaf…and another…gracefully floated to the ground to take its place among the others.

Seasons end, but another is waiting. Do we hang on to the old? Or do we anticipate the new?

Even in the midst of the cold and bitter winter, there is life. The wind plays with the snow, creating ripples of purple shadowed dunes while grand, lacy snowflakes rock gently to the earth – breathing life into our weariness.

The pain will end. But in its cold and bitterness, there is still life. Can you find it?

If you’re having a bad day today, go outside and look up at the sky.

Hopefully, it is a sunny day for you.

I promise it will clear your head and make you feel better.

God’s simple solutions are all around us.

It doesn’t always solve the problem, but it solves the problem of hopelessness.